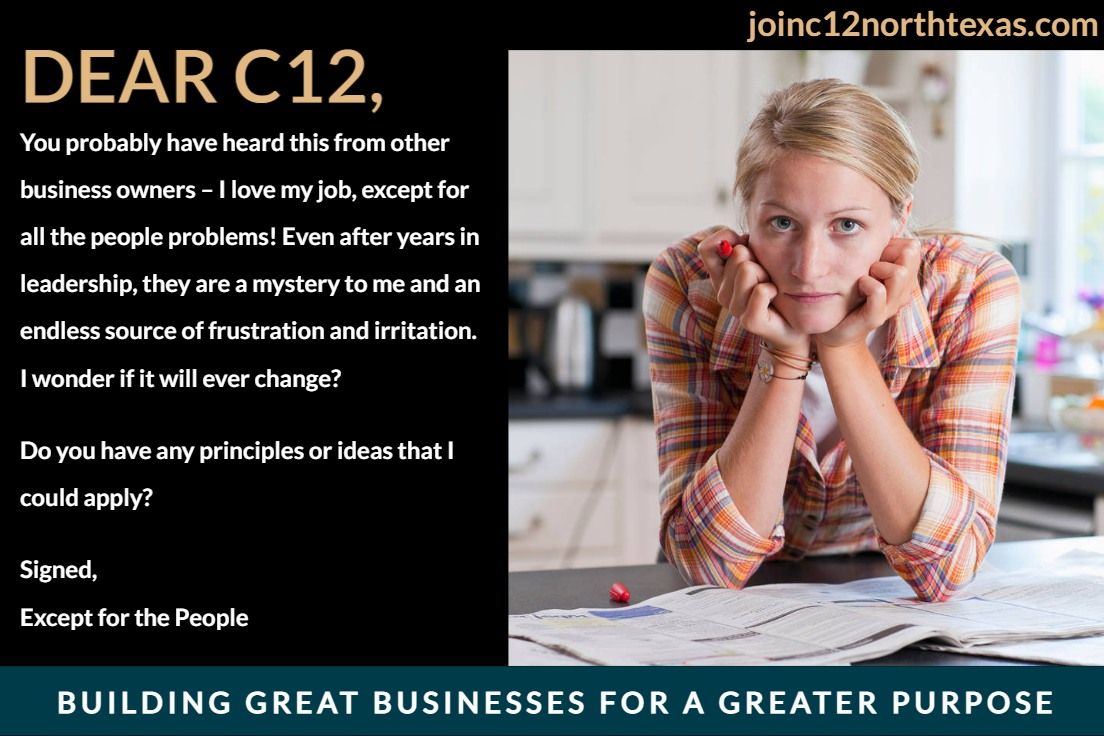 You probably have heard this from other business owners – I love my job, except for all the people problems! Even after years in leadership, they are a mystery to me and an endless source of frustration and irritation. I wonder if it will ever change?

Then I think there might be a better way. It is all good to complain about my employees, but I would rather not have so many issues than complain all the time. Maybe it is my approach that causes the problems. I want to do better.

Do you have any principles or ideas that I could apply?

Except for the People

Dear “Except for the People,”

Boy, I have heard that sentiment many times. The truth is, I have felt that way many times, too. People issues are perplexing. On the other hand, we know that working well with others is fundamental to our success. I found retraining myself was the key. I learned and began to apply seven principles. Maybe they will help you.

Here is the background and more explanation.

Twenty years ago, I worked in a successful, high-tech company and managed a bunch of people developing new products. We were trying to master new technologies and techniques to build these products. We needed new development, quality assurance, documentation, and testing processes. Our distribution models, advertising, product update cycles, pricing, and much more needed change. In short, we had a lot of seemingly intractable issues. There were so many challenges.

We needed help. So, I found and hired a world-famous consultant I thought could make a difference. I hoped that he could tell us the answer to each question. Instead, he gave us a more potent formula for success. He gave us seven principles for working together better to solve problems that were the key then and a key now to success. Here they are.

When I explained all our challenges, he told me something profound. Simply put, no matter the sphere or category, “it is always a people problem.” He meant that a technology problem, for instance, was rarely about technology. It really dealt with the problem-solving abilities of people. Finding a technology solution while ignoring the people was a shortsighted, often ineffectual approach. On the other hand, accurately diagnosing the things that inhibit effective problem solving (e.g., poorly resolved conflict, lack of goal alignment, poorly understood roles) and removing them freed the people to overcome almost any challenge.

If everything is a people issue, the next most important element is the story about the other people we believe. It is easy in these relationships to create a story that assigns little credit or virtue to the other person. Assigning them bad intentions (compared to our good intentions) is more common, and then we act accordingly. However, my consultant told me to start with a different assumption. Assume that the other person is doing the best they can in the current circumstances. Put another way, assume positive intent. Immediately this stimulates a more positive attitude toward and receptiveness to the other person. That lays the groundwork for having a healthy discussion and relationship and leads to problem-solving instead of hostility.

Conflict often produces negative emotions of anger, defensiveness, and distrust. The problem is that these emotions tend to be amplified and reflected by the other person. This leads us to stake a position and defend it against attacks. We often say, “it is not my fault that they made me feel that way.” In truth, our response is a choice that we make. To believe otherwise is to become a powerless accomplice in an unhealthy situation. Owning our response, however, means that while acknowledging our emotions, we can be thoughtful, kind, and effective in how we respond. That leads to effective problem-solving and restored relationships.

My training and work experience places a high value on knowing things. To be wrong or ignorant was equally bad. There is no virtue in mistakes, but there are traps to avoid when applying the perfectionist mindset to people. A perfectionist does not concede when the correct answer is obvious to them. Disagreements become a matter of the highest principle and worthy of a vigorous defense. However, the reality is that problem-solving with people is rarely so black-and-white. The club of perfectionism can easily damage another person, and though there may be a suggestion of a mutual solution, it is often an illusion. My consultant taught effectiveness over winning. “Effectiveness” does not ignore important facts but emphasizes the relationship’s value. It also recognizes that few things in life are above a healthy compromise or better than a jointly owned solution.

Which leads to the payoff realization. An organization works best when a group of people works together well in a sustained pursuit of a common higher goal. It is magic to witness this or, better, to be involved in such an organization. They typically solve more problems, aspire to greater visions, nurtured better relationships, satisfy more customers, and get better results. The aligned relationships become the engine for the long-term success that far exceeds point solutions to specific problems. This recognition gives a better context to near-term problem solving because it begs the question of what is healthy instead of what is “right.”

This is one of my favorite lessons from my consultant. He told me that few people and few situations call for me to inject or prescribe a detailed solution for someone else. The other person usually seemed closed to my suggestions when I tried that. Or maybe they heard me but did not accept ownership of the solution. My friend gave me the idea to “jiggle” them. Jiggling means redirecting through sincere questions or alternative perspectives so that the other person can think in a new way. It frees them, allows them to retain ownership of the solution, and honors their abilities. For the “jiggler,” it helps them to be humble, kind, and respectful instead of a “know it all.”

Finally, my friend taught me the “rule of 3’s.” This rule is especially important for people like me who think of themselves as intuitive or insightful about other people. When I think I know why someone is doing what they are doing, I immediately decide the best response. Occasionally, the initial intuition is dead-on. However, far too often, my initial guess about the other person’s motivation has been precisely wrong, and because I chose the wrong explanation, my actions have been correspondingly ineffective. The rule is to pause before I act and imagine three possible reasons or causes that led to the other person’s behavior. That causes me to wonder which of the three is correct, which almost always leads to a curiosity that can only be assuaged by asking questions. Now, unfounded certainly is replaced by sincere humility and openness.

My consultant friend changed my approach to people. These seven tools reframed my interactions and refined my spirit about others. They also became the foundation for coaching friends and clients to become effective problem-solvers. Let me know if they help you. 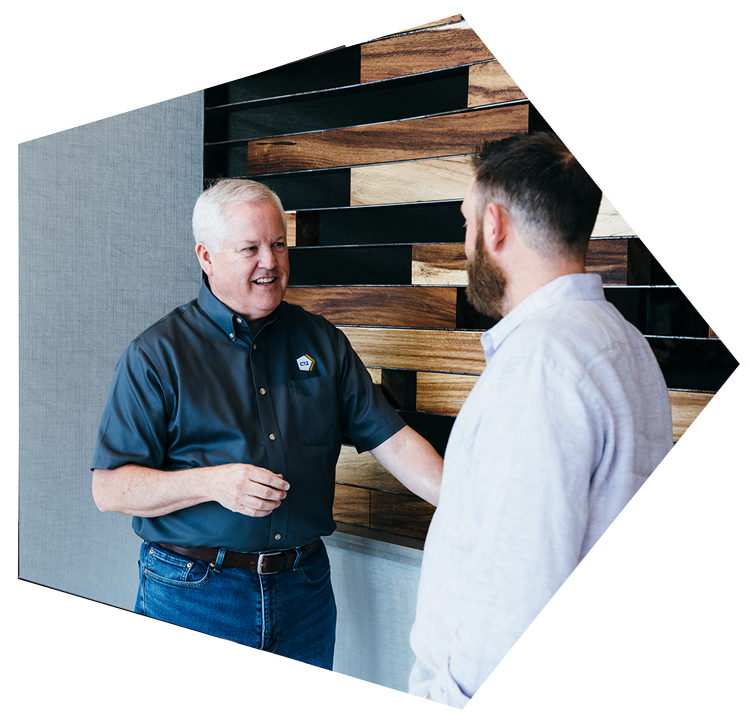 Connect with a C12 Chair

(we'll get right back to you)